HWH & Associates concluded feasibility studies for the Iraqi government for the rehabilitation and upgrading  of a key facility in the country’s water irrigation network. 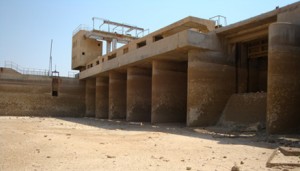 Due to damage during the Gulf Wars the facility has not worked for more than a decade. As a result, Persian Gulf waters have migrated into the canal system as much of Basra is at or below sea level. Rehabilitating the facility will reduce salinity levels in canals and allow farming families in central and southern Iraq to regain their financial independence.

Our feasibility studies involved site investigations and structural testing. We hope to secure a role as project manager for the construction phase.

Key to our success was the contribution of our Iraqi engineers who led the project from inception to completion. Their local know-how and relationships with the client were instrumental to our success. They were supported by colleagues in Warsaw, who the facility’s original designs, and in Dubai who provided ad-hoc support.